A collection of useful links 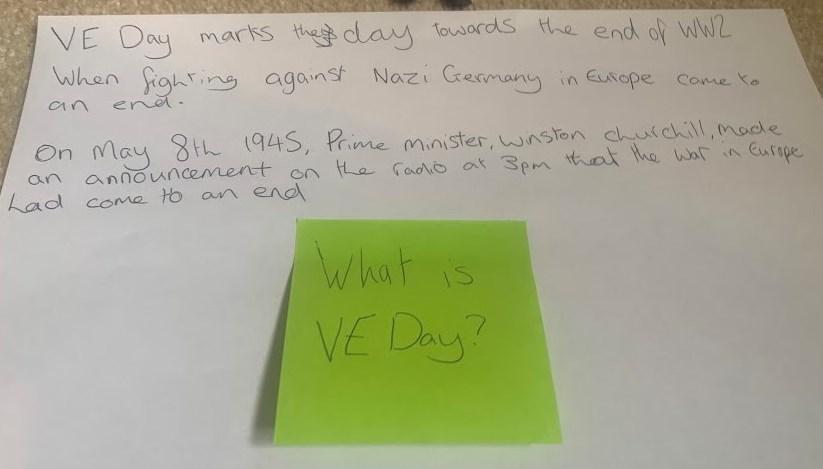 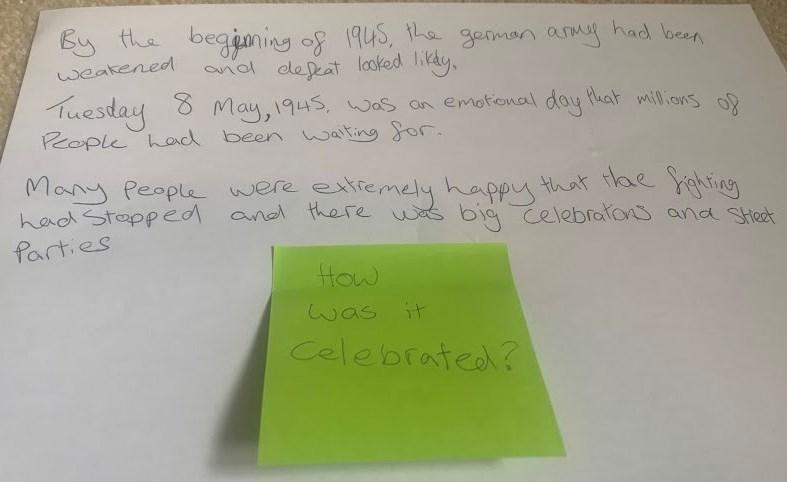 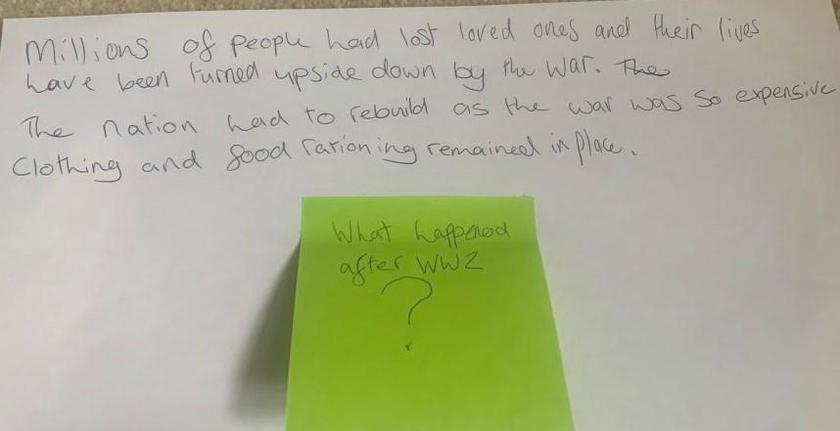 VICTORY IN EUROPE!
Tuesday 8th May 1945
That’s right Europe! It’s official, after six years of torture, we are free! Yesterday, at 2:41 General
Jodl signed a surrender document, the war is not quite over, but it will no longer terrorise
Europe! 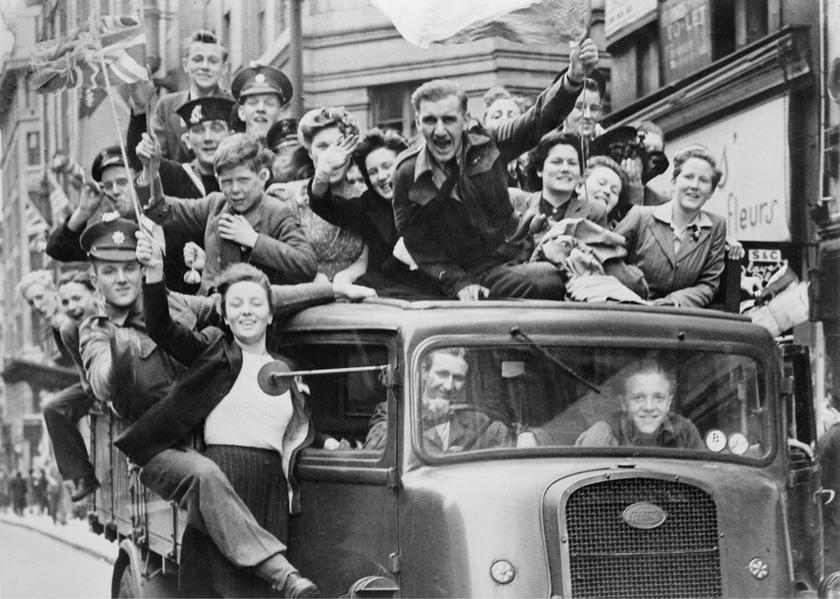 We know lots of people have already started partying! There are decorations up, people
outside, music, why don’t you go outside and join them! You deserve it!
Turn your lights back on, share your rations and just have fun!
We will now remember today, the 8th May 1945 as V.E day, that stands for Victory in Europe.
We hope people generations from now will celebrate today as well.
An official broadcast will be brought today at 3:00pm. Bells are ringing, everyone’s dancing,
everyone’s singing! London is the place to be right now. The Royal family have appeared at
their balcony a few times now, we hope they’ll come and join the party!
We are free, but we’re sorry to say that the Asia Pacific Region haven’t given up yet. They have
created a terrifying weapon called an Atomic Bomb. But they’ll have to give up too at some
point.
We are trying to agree whether our woman will be allowed to keep their jobs that they did for
their husbands during the War, but sorry ladies, it looks like you’ll be back to normal.
You can have bonfires, parties, loud music, games socialising, and remember this, this is the
best day of your lives.